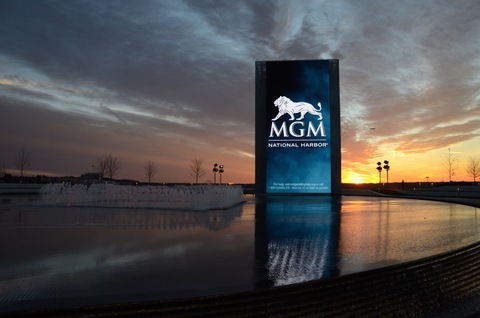 “Walking into National Harbor, we knew it was going to be HARMAN products,” said Richard Reisig, General Manager at Technology West Group. “In an MGM project, everything is designed around the idea that it has to be managed and maintained with the minimal amount of capital, training and staff. It costs a lot of money to train people, and they didn’t want to work with different platforms for the amplifiers, speakers and DSP systems. HARMAN’s integrated platform was the key decision factor for implementing a complete solution.”

In the past, each MGM property was in charge of designing its own sound system. Around four years ago, Technology Group West met with the MGM multimedia division and came up with a plan to standardize audio systems across all properties. They began looking for a technology provider that could provide cost-effective end-to-end networked audio systems that could be managed with very few staff. After careful consideration, they decided to standardize using HARMAN solutions across the board.

The system TWG designed for MGM National Harbor is made up of JBL Control Contractor Series speakers, with approximately 500 Control 328CT in-ceiling loudspeakers and 70 Control 312CS in-ceiling subwoofers installed in the casino. The system is powered by Crown DriveCore™ Install Series amplifiers, with BSS Networked Audio Systems for signal processing and routing. There are more than 1,500 JBL speakers throughout the entire National Harbor facility.

The casino floor is divided into separate zones, which are controlled by BSS Soundweb London BLU-806 signal processors. The amplifiers and processors are installed in dedicated spaces below the casino floor, with wall-mounted control panels. The idea was to create a DMARK point, or a centralized technology hub, that enables the casino to rearrange the gaming floor without completely renovating the audio system and easily upgrade the system as their needs evolve. The entire audio system is connected via Dante AV networking, and is integrated with the video system using core networking services.

“We use lots of amp channels to create very small, manageable zones, which is a change from how casinos historically cover a space,” said Reisig. “First, it provides lots of level control options between slots and table games. Second, casinos are always rearranging the floor and moving slots, table games around, expanding or reducing poker. Giving them lots of smaller zones with independent level controls provides them the flexibility to rework the casino floor, without having to make massive renovation changes to the AV system.”

Historically, casinos typically relied on a traditional audio system design made up of a series of high-powered amplifiers driving a chain of 60-70 speakers. This approach provides even audio coverage across the entire gaming floor, but also poses several problems. Casino staff have no way of adjusting the volume for different gaming areas, so the music may be too loud in one area and too quiet in another. For example, the music near the poker tables needs to be much quieter than the slots area, since the poker players need to concentrate and communicate clearly during games. Furthermore, casino floor layouts are often rearranged annually, and any adjustment to the audio system usually requires major renovations.

“In older properties, you’ll often see traditional audio system designs that don’t work very well for the way a casino typically operates,” said Reisig. “We run into a lot of property owners who hate the way the audio system sounds. When we really dig in, it comes down to sharing speaker zones between slots and table games, or transitions between high ceilings and low ceilings. The table games need different volume levels from the slots, and even within the table games area, the customers playing blackjack might want to listen to different volume levels than the customers playing the craps tables. With MGM, we made an effort to solve those issues.”